Spain – R&D design company QEV Technologies SL1 (“QEV Tech”) of Barcelona is collaborating with coachbuilder Nogebus of Girona, Spain on the development of a prototype fuel-cell electric intercity bus, which is expected to be ready for on-road trials sometime this year.

The two companies are working together on a bus which will be powered by hydrogen fuel cells, providing a range of up to 350km. The bodywork will be based on that of the ‘Touring 330’ 12.2-metre coach built by Nogebus. Seating capacity will be 49 with room for 12 standing passengers and 1 passenger with reduced mobility. The vehicle will be manufactured at QEV Tech’s facility, before being fitted with a body at Nogebus’ plant.

According to QEV Tech and Nogebus, moving to hydrogen as a fuel source will help to reduce Spain’s “energy dependence” on outside sources and will promote research and development in the passenger transport industry in the country. Europe is the primary target market for the new bus, although both companies plan to commercialise it in key international markets in the future. The two companies recently played host to the Cabildo de Gran Canaria, the local authority of the island of Gran Canaria in the Canary Islands, to discuss the implementation of sustainable mobility on the island.

1 QEV Technologies is an automotive technology company based in Barcelona which is primarily involved in motorsport. In 2016, the company formed QEV Tech Bus as a branch within QEV Technologies to offer solutions for urban mobility worldwide and to use its knowledge of developing high-end electric vehicles for offering solutions in emerging countries. In 2017, QEV Tech Bus obtained EUR17m funding from the European Investment Bank for development of electric conversion kits, and thereafter it began developing ‘electric-kits’ or powertrain components for the electrification of buses. In 2019, QEV Tech helped to launch the ‘COMET’ electric city bus, manufactured by Global Electric Transport (“GET”) of Makati, the Philippines, in the cities Manila and Davao (the Comet is a full-electric city bus with capacity for 30 passengers and currently consist of a fleet of over 20 buses); and the 'E-TITÁN' in Peru (a 12m city bus), locally manufactured by Motores Diesel Andinos SA (“Modasa”) of Ate.

With thanks to Miquel Genabat of Nogebus who kindly provided some of the information presented in this article. 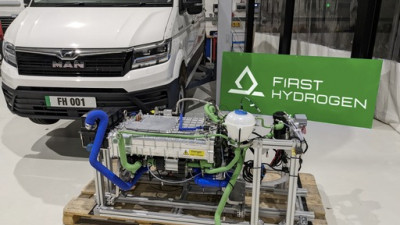